Beneath the Industrial Warehouse

Trailblazer (Arcade version)
The Extreme (SNES version)
The Warehouse Basement (also known as the Lava Bridge) is a stage featured in the original Killer Instinct. It serves as one of Eyedol's stages and, as such, serves as the final stage of the original game's arcade mode.

The stage itself is not so much a basement as it is an underground lair with a bridge suspended over molten lava (in which the player can uppercut Eyedol into[1]). In the background, there are various types of mechanical equipment as well as bats flying in the rafters above. 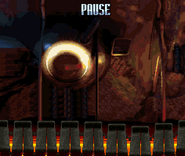 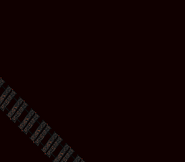 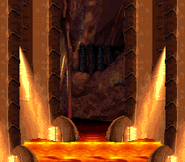