Gargos (manipulated by him)
The Alliance (temporarily)

Kan-Ra is a cursed sorcerer from Ancient Babylon and a new playable character introduced in the Season Two of Killer Instinct (2013). Condemned by the Babylonian King that he betrayed to walk the Earth as a decaying corpse, Kan-Ra seeks to undo his affliction through whatever means he can find - and is more than willing to inflict a few of his own unto others along the way. He is the nemesis of Aganos, the war-golem sent by his former sovereign to hunt him down and destroy him.

In Shadow Lords, Kan-Ra also runs the Emporium, a place where the player can purchase, sell, or craft various artifacts to help the characters progress in their quest to defeat Gargos.

Kan-Ra has an emaciated, corpse-like appearance due to the powerful curse that was placed on him thousands of years ago. He is covered in tattered, linen bandages akin to those of a mummy, and is wearing ornaments, items, and jewelry which are a mesh of Babylonian, Assyrian, Achaemenid, and Egyptian craftsmanship, reflecting his ancient origins in Mesopotamia. Kan-Ra's skin has wasted away to a dark, gray-ish brown coloration and his teeth have largely decayed. A thin layer of gray hair still remains visible along his jawline and the back of his head. He keeps a large knife along with various arcane items under a sash on his side. His eyes glow bright white, making it seem as though he has neither pupils or irises.

Kan-Ra's retro costume appears fully covered with bandages from head to toe, more closely resembling a mummy than before. His face is much more decayed, including his lips, which shows off his decayed teeth. He also only has a single red eye, the other being a blank black socket.

Kan-Ra is an ancient and megalomaniacal individual who lost his humanity long ago in endless pursuit of greater power. He's always willing to act in an underhanded fashion if this means he can gain the upper hand, such as when he sought to assassinate his own king while attempting to frame his co-conspirator for the murder, and he never hesitates to manipulate others to his advantage. In spite of his genius and deviousness, however, Kan-Ra’s egomaniacal pride and lust for power trouble his otherwise keen judgment, often leading him to make myopic decisions.

For example, he's the one responsible for bringing Gargos back to Earth after he opened up a dimensional portal to the Astral Plane while searching for a god-like power. He's also the one who reanimated Eyedol in a desperate attempt to even the playing field with Gargos, though the mighty demon lord swiftly broke free of his necromantic control, and set off on his own. Kan-Ra appears to be seeking redemption for these somewhat serious mistakes by working together with the Alliance, supplying other characters with access to the potent magical artifacts in his emporium in Egypt during the events of Shadow Lords. Whether this recent shift in Kan-Ra's behavior is sincere or is being fueled by hidden and far less noble intentions, however, remains an open question.

Kan-Ra is a mighty but maddened archmage who hails from the ancient empires of Mesopotamia. He is proficient in dangerous black magics, the knowledge of which he has steadily been accumulating over the countless centuries of his cursed existence. Kan-Ra can use his linen bandages as whip-like appendages or traps by invoking his powers of telekinesis, manipulate desert sands and sirocco winds from afar, and control powerful bursts of shadow energies. Most importantly, his dark sorcery enables him to proclaim curses, afflicting his victims with various maledictions that slow their movement and sap their life's energies. In Rivals Mode, he also had a device known as the Siphon, which he used to drain his opponents of their essence after defeating them, which he later used to open a portal to the Astral Plane--unknowingly allowing the forces of Gargos to enter the Earth.

Cursed to rot after a failed assassination attempt on his sovereign over 2000 years ago, Kan-Ra endured for centuries by constantly balancing the curses he places on himself with the boons provided by dark magic and artifacts. His solitary goal: to gain knowledge that will grant him absolute power over all of mankind. After getting imprisoned by Maya’s order hundreds of years earlier, an Ultratech attack on Maya’s city accidentally frees Kan-Ra — releasing him back onto an unsuspecting world that’s full of new mysteries and ripe for his... dissection.

He has been hunted by the war-golem Aganos for hundreds of years, a construct tasked with his destruction. The two have clashed on several occasions, but neither have had any truly decisive victories over the other.

Death is no Obstacle:

Main article: Death is no Obstacle

Information in italics denotes information not provided in the in-game command list.

Ultra Combo (32 hits): Kan-Ra's arcane spell book begins to levitate, and activates a spell which opens up a portal to the Astral Plane. The portal subsequently sucks various artifacts into it.

Stage ULTRA - BANISHED: During an Ultra Combo, the victor sends the defeated opponent in the air, causing five artifacts to hit them before they are sucked into the portal; afterward, the portal will disappear and the archive book will close.

Music Theme: During the slow music due to characters not moving, the samples from the Killer Instinct's main title theme will begin to play.

The emblem of the ancient Babylonian sorcerer 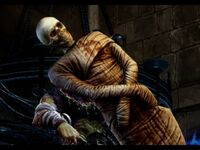 Wait 'til you see the skeletons in this guy's closet 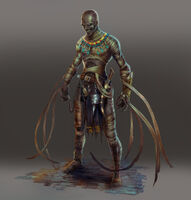 Within the Astral Plane

"You never could beat me, Aganos!"

Someone has really dun goofed

"This just keeps getting better and better!"

Stills of Kan-Ra from the Shadow Lords cinematics 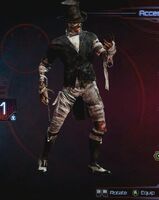 As part of the "Gold Pack" with Spinal and Hisako 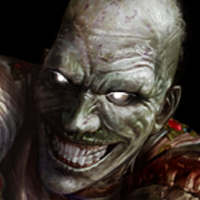 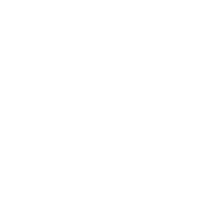