A Humiliation is a special finishing sequence that can be performed when the opponent's last health bar is in the "danger" state. Unlike an Ultra Combo where the opponent is beaten to death with an insanely long combo or an Ultimate where the opponent is killed in a cinematic sequence, Humiliations are meant to embarrass opponents by forcing them into silly dances rather than fatally brutalizing them or outright killing them.

Together with Ultra Combos, Stage Ultras, and Ultimate Combos, Humiliations are one of four ways in which Killer Instinct players can dramatically defeat their opponents when victorious, although they remain unique to the original 1994 game, and did not return either for the 1996 sequel nor the 2013 reboot of the franchise.

In each Killer Instinct game, the player and their opponent are given two life bars. Once the last of these life bars is almost depleted a character will enter into the "danger" state, which is represented by its remaining life flashing a bright red and the background music changing to a shorter, intenser version of the track that is currently playing. While in this "danger" state the character's defeat is imminent, and they are at risk of being struck by either an Ultra Combo or an Ultimate/No Mercy.

Similar to an Ultimate Combo, Humiliations can only be executed when the player is still in their first life bar and their opponent is in their "danger" state, which is more or less similar to Mortal Kombat's fatality execution: when placed into the "danger" state, characters are additionally left dazed and will be temporarily defenseless. However, with the correct input and player distance, instead of brutality beating the opponent into a hard knockout or killing them outright, the player forces the opponent into an embarrassing dance routine for a taunting yet celebrating victory. Each dance is different for each character, and are more or less based on real-life dance moves. 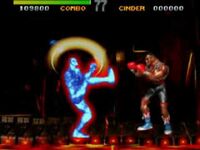 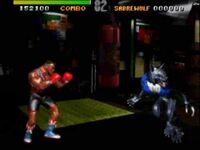 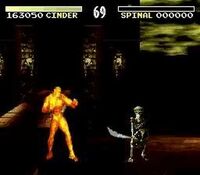 Spinal's Humiliation dance on the SNES 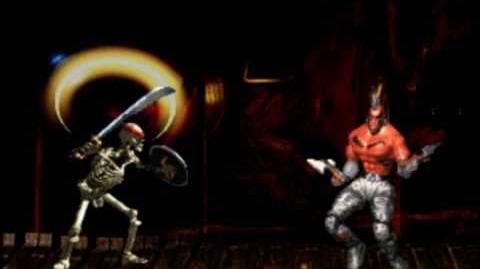 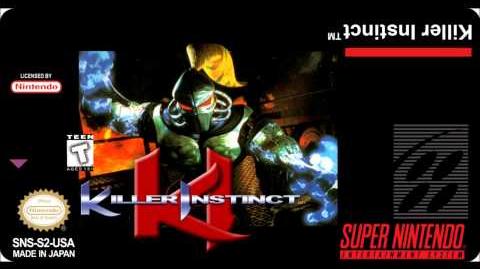 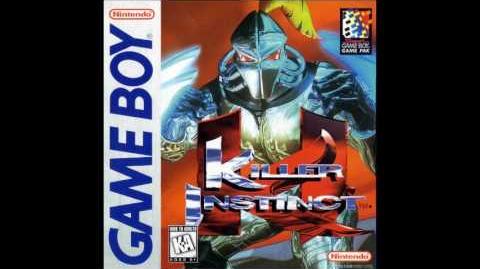