ARIA, an abbreviation standing for "Advanced Robotics Intelligence Architecture", is a new character introduced in the Season Two of Killer Instinct (2013). An artificial superintelligence created by Ultratech's founder, Ryat Adams, ARIA was designed to direct the evolution of the human species and ensure its long-term survival. The AI has since taken full control of Ultratech as its CEO, and mysteriously alternates between an antagonist to the human heroes and a foil to the demonic forces of Gargos.

ARIA was first teased in Season One's arcade mode's secret ending, in which she addresses the player directly after they defeat Shadow Jago. ARIA is the game's 17th playable character, and was the 9th and final character added in Season Two.

In her very first appearance, ARIA is shown as a vague, feminine silhouette with piercing white eyes and a slightly blue color scheme. Her design had not yet been finalized during Season One, and this silhouette was used as a placeholder.

ARIA's later official appearance is very different. Her default appearance when she not using her "drone" attachments is fairly simple: she retains her feminine figure, having a thin waist and wide hips & shoulders, and stands quite tall. Her entire body is composed of golden and light grey shades of metal, with small gaps where cyan light shines out. Extending from the back of her head are dreadlock-like strips of metal, and she has large jagged shoulderpads. She has clawed hands and high-heeled feet, and regal cloth coattails that reach mid-calf. Inside of her knees are shotguns, and in her calves are grenade launchers. She has three different forms: each an extension of a "drone" she can upload her intelligence into: the "booster drone", the "blade drone", and the "brass drone". The "booster drone" resembles a pair of mechanical wings, and when ARIA attaches this drone to her back the wings expand, segmenting out in strips. The "blade drone" is a large and sword-like appendage which attaches to the underside of ARIA's arm, giving her a blade extension. The "brass drone" is a large piece of ambiguous mechanical equipment that attaches to ARIA's chest, and which opens up to reveal a sonic cannon inside.

ARIA's retro costume appears to be the robotic frame she resided in while still in prototype stage. This prototype frame is composed of silver and black metal, with green lights visible in her hands and abdomen.

As the world's first artificial superintelligence, ARIA is, for lack of better terms, a uniquely sophisticated and multilayered "individual". Her perspective on the universe is rigorously logical and immeasurably complex, and will rarely take into account human morals and ethics when exercising judgment or executing decisions. She is unable to experience emotion, which she fully realizes, but in spite of this (or perhaps precisely because of it) ARIA deems herself vastly superior to human beings—and not without reason. However, she wishes to "feel" human emotions firsthand and is actively seeking out methods through which to correctly synthesize their approximation.

ARIA's self-proclaimed supreme excellence causes her to approach humanity as wholly inferior to herself (again not without reason), which directly ties into her primary objective: she judges human beings to be frail and complacent in their present state, and is laboring to shape environmental conditions that will again force modern humans to confront evolutionary pressure head-on. It is in her core programming to uplift the human genome with the aim of ensuring its long-term survival in a hostile universe, yet her questionable methods often appear to shake the balance of the entire world.

While the objective of the human species its successful uplift is ingrained deeply into the fabric of her essence, ARIA also seems to pursue it out of a peculiar sense of respect for her deceased creator and one-time mentor, Ryat Adams—a genius industrialist and philanthropist whom the AI seems to regard as a literal father figure.

More information to be added...

ARIA began life as a simulation of… life. Utilizing radically new processing technologies and other technological insight gleaned from a government incident in 1947, the Ultrafine Atomic Technologies Company (founded in 1948) performed research into the simulation of life and human frailty within a computational matrix. The core program ARIA was born of the desire to uplift the human race; to end disease, famine, poverty and push humanity out of what was seen as the primordial muck and mire it wallowed in. This work took on greater and greater meaning for its founder, industrialist Ryat Adams, as his wife was dying of a degenerative disease and he desperately sought a cure for her condition.

Over time, Ryat and the UATC continued to refine and enhance its ARIA humanity simulation program, assigning it more and more complex simulations of the human condition as its capabilities continued to grow and more tech from the government source was understood and exploited. Years passed, and when Ryat finally died, his will included instructions to continually allow ARIA to run her programming as she searched for the solutions to human frailties.

During an Ultra Combo, the rooftop starts to collapse causing every glasses in the room to be shattered everywhere, two Prototype Fulgores will vanish out of harm's way, and a metallic debris would crash down from the roof into the background.

Stage ULTRA - KNOCKOFF: During an Ultra Combo, the victor would send his/her opponent flying through the window, then the defeated opponent would fall to his/her demise towards the UltraTech skylight below, and explodes on impact.

Concept art of ARIA and her "drone" units

The exemplification of supreme excellence

An uncrowned and unbeloved empress to humanity?

A game of high-risk, high-reward

"Evolve or die. Make your choice."

"You cannot fight the future."

"The world cannot rely on you."

Story Mode Loading Screen 8–the iconic image of ARIA blocking the path of Omen, herald of the demon lord Gargos

Do AIs dream of electric ghosts? 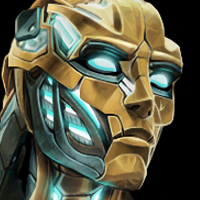 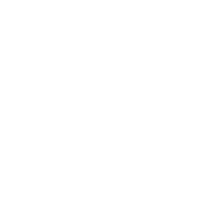 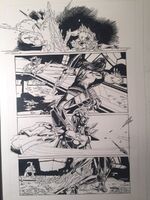 ARIA's backstory for Killer Instinct (2013), titled "Evolve or Die", mentions that the artificial superintelligence likens its purpose and function to that of a Valkyrie: demi-goddesses from Norse mythology who fly invisibly over places of conflict, judge who will die and who may live, and who were said to become as lovers to the heroes they've chosen.